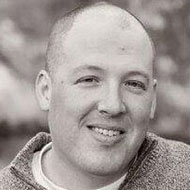 Corey Cohen graduated from UMBC in Baltimore, MD, with a B.S. in Physics. He then went to work in BYK-Gardner USA's Applications Dept., educating customers on the science of color and appearance measurement, and advising on best measurement practices.

Tricky Fluorescence
BYK-Gardner's new-generation spectrophotometer is capable of measuring and quantifying the fluorescence properties of materials. Fluorescence, the phenomenon by which light is absorbed by a material and re-emitted as lower-energy, longer-wavelength light, can significantly contribute to the apparent color of an object. Over time, as light interacts with the fluorescent material on a molecular level, changes in the material's chemistry cause the fluorescence effect to fade, resulting in color change. The spectrophotometer can quantify color change due to fluorescence degradation, effectively predicting how the color will look as the product ages. In addition, it can calculate the final predicted color difference of a standard-sample pair after complete fluorescence degradation. The instrument uses a series of narrow band LEDs spanning the UV and visible light range to test for fluorescence, recording light emission at wavelengths longer than that emitted by each LED. This results in a series of "fluorescence spectral curves" which, when combined with a traditional reflectance curve, produce accurate and repeatable color values, as well as new fluorescence scales.