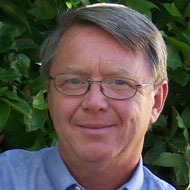 Thomas Rauls received his Bachelor of Science degree in Chemistry and Mathematics from Wayne State University (Detroit, MI) in 1974. Having served in the paint industry more than 40 years, his career has spanned various aspects of coatings, including research, production and sales. The market areas in which Mr. Rauls has utilized his expertise encompass automotive, heavy equipment, appliance, architectural and general industrial coatings. The past 20 years he has worked primarily on bio-based raw materials that will allow for more innovative formulation ideas for coatings chemists.

Bio-Based Solvents: Myth or Reality?
The myths about bio-based solvents are that they are expensive and the bio solvent is a replica of the petrochemical that is still volatile with combustibility. Complicate the situation with no water solubility or even miscibility and one might think game over. There is a class of esters from soy and palm oils that are commercially available. These esters primarily have been used extensively in cosmetics and pharmaceuticals. Formulators don’t consider them viable because of the slow evaporation rates and perceived greasy texture due to high glycerin levels. This is a myth and far from the truth. With new processing techniques free glycerin, which is associated with the greasy feel, has been reduced or eliminated. These ester solvents can be modified to have functional groups that will raise the Kauri Butanol (Kb value). Higher Kb solvents with increased polarity will allow better solubility of old solvent-based resins. Additives can be diluted in esters for easy incorporation into formulations. Higher-Tg acrylic emulsions can be plasticized using the higher polarity esters, giving the films higher hydrophobicity. This presentation will debunk these myths. The opportunity to use these ester solvents in both in solvent and water systems will be discussed.