Items Tagged with 'market for biocides in Southeast Asia' 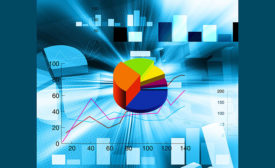 While biocides market growth in the mature markets of Europe and the United States is estimated at two percent and slightly less than one percent, respectively, the five-percent growth forecast in biocides consumption in Southeast Asia during 2014-2019 makes this region one of the fastest growing and most attractive regions globally.

Our January issue dives into understanding surfactant leaching in architectural coatings. It also provides an update on the TiO2 market, an overview of self-healing coatings technology, information on a new multi-surface coating that protects against COVID-19, and more.
View More Create Account