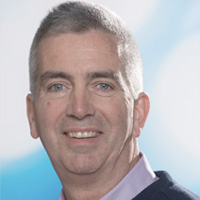 Bob Cregg is currently the North American Business Director for DSM Powder Can & Coil resins. Bob started in coatings at Strathmore Paint in 1978 while in high school. Bob spent most of his career with The Sherwin Williams Company after they acquired Pratt & Lambert in 1996 where he was working at the time. He has held a variety of positions in Sales & Marketing along the way, including Sales Director for Powder, and several Global Market Director roles. Bob has served as President of the Powder Coatings Institute, and served on its Board of Directors for 7 years.