Appearance is more than simply color. It’s a comprehensive look at everything inherent to each unique material we come in contact with, including texture, gloss, transparency and special effects. Each of these characteristics plays a part and has an effect on overall appearance and understanding in relation to a single material.

Objects may have several elements that affect appearance, such as the material’s surface texture, construction, overall geometry and microsurface. The environment, which involves the illumination, context, as well as an observer, also plays a role in how an object’s appearance is perceived.

Often, appearance characteristics are not accurately communicated or represented in the early stages of the design-to-production workflow. Incorrect appearance matching is often a catalyst for lengthened approval cycles, slower time to market, and higher production costs.

There are a plethora of considerations when trying to recreate appearance in the virtual world. What if we told you there is a way to not only measure appearance, but to easily edit and communicate it?

Appearance in the Paint, Coatings and Automotive Industries

What color is this car? Although many would call it “blue,” that word alone doesn’t capture its full appearance characteristics or attributes. 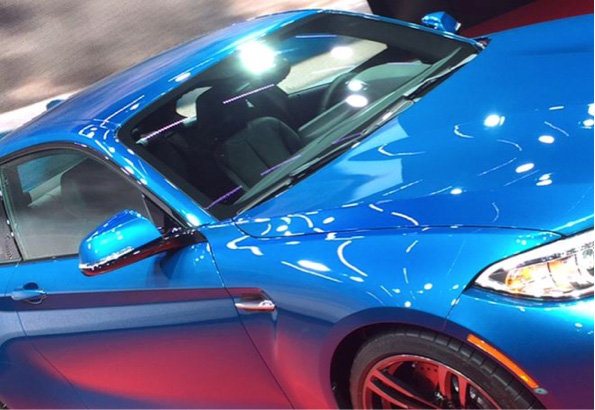 “Blue” describes the car in a way we can understand and communicate – for instance, directing someone to the correct vehicle in a parking lot – but there are a lot of things it doesn’t describe:

Appearance in the Fashion, Home and Electronics Industries

The same holds true for these material swatches. How would you describe them? 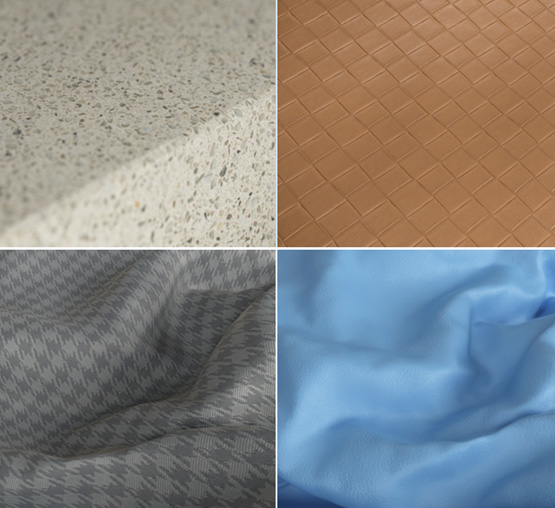 As materials become more and more complex, manufacturers are now realizing they need to go beyond color to describe appearance. Brands understand these detailed descriptions must be communicated in a way that enables suppliers to execute against them. At the same time, brands are seeking compressed time to market in order to keep up with fast fashion and hot consumer trends.

But both brands and manufacturers are also learning that communicating appearance is not that easy.

Why it is so Difficult to Communicate Appearance

1. A picture isn’t always worth a thousand words.

As you saw in the material swatches above, physical images are not static. Position and lighting can alter the appearance. Characteristics like sparkle, texture and gloss further complicate things, making product design, development and communication a challenge.

If you’re saying, “Wait! What about digital photos? As long as my devices are calibrated, I should be fine… right?” You’re thinking like a color expert. But while this may be sufficient from an artistic perspective, photographs aren’t enough for accurate color and appearance communication because they’re affected by too many outside influences specific to the environment they are taken.

For many years, handcrafted prototypes have been the preferred way to communicate and approve appearance attributes. X-Rite's blog, Why does it take so long to produce new car colors? explains this process.

Although prototypes provide a more accurate way to communicate color than photographs, they’re time consuming to build, expensive to ship across global manufacturing workflows, and add a lot of time to review cycles. And, since they’re subjective, they also leave room for human error during measurement, evaluation, and ultimately, in production.

As a growing number of brands are discovering, virtual representations are the best way to specify, design and communicate appearance.

Moving From Months to Minutes

The Power of Virtual Design

Just-in-time manufacturing, product customization, and aggressive marketing are driving the need for virtual design. A growing number of companies are turning to 3D CAD systems with photo-realistic rendering solutions to save money and shorten review cycles. Through the use of advanced digital visualization tools, the design and approval process can decrease from months to minutes.

While these advancements have been helpful, there’s been a missing link in virtual product design: the ability to integrate real-world materials. Think of the material swatches or the image of the automobile above. How would you virtualize their appearance in a software program to get an accurate look at how they will appear on the final product?

Traditionally, design teams have approximated the physical (optical) behavior of materials by artistically faking virtual material representations. It’s a tedious, time-consuming process with significant challenges. But even after all that work, the approximations are never 100% accurate and can’t easily be shared across design and rendering tools.

In 2016, X-Rite released a vendor-neutral file format that offers an incredibly accurate way to store and share color and appearance data. With Appearance Exchange Format (AxF), brand owners, designers and manufacturers can not only digitally represent but can also share color and appearance data at all steps in their design-to-production workflow, ensuring a consistent look and feel from digital prototyping to showroom, ecommerce, and point-of-sale environments. 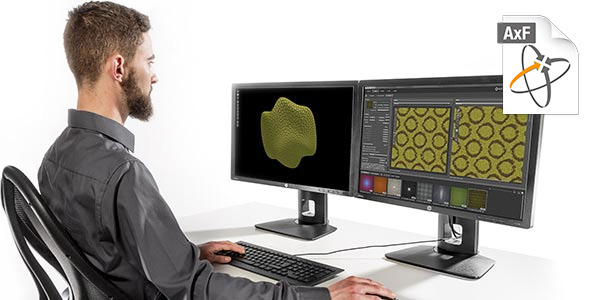 AxF goes beyond color. It allows you to create full-scale digital mock-ups to virtualize complex materials like special-effect paints, leather, plastics, fabrics, wood, and brushed metals to name a few. It dramatically streamlines workflows and accelerates time to market by reducing design time and approval cycles.

AxF is the foundational component of X-Rite’s Total Appearance Capture (TAC™) ecosystem. With TAC, you can integrate exact material appearance for an unmatched level of realism and efficiency in digital material capture and 3D design.

This image is a great example. It isn’t a photograph of a pair of shoes – it’s an actual appearance rendering, created using the TAC ecosystem. Amazing, isn’t it? 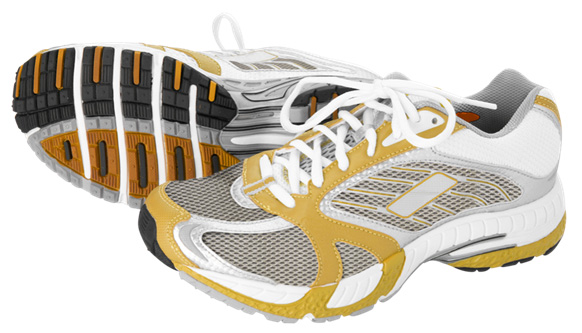 Remember the leather, fabric, and solid surface swatches examples mentioned above? They are renderings utilizing TAC7 appearance data, too!

There has already been broad industry adoption of AxF, and X-Rite has been working directly with hardware and software vendors and members of the research community on new integrations and enhancements.

A number of PLM and CAD system providers have built integrations with X-Rite’s AxF to leverage the powerful digital material capture capabilities of TAC, including Autodesk VRED™ Professional 2017, Luxion KeyShot®, Next Limit Maxwell Render and the NVIDIA Iray® physically based rendering solution. The AxF format has also just been introduced to Allegorithmic’s Substance Designer.

As we’ve learned, communicating appearance demands a higher level of complexity than communicating color. When you’re working in a complex supply chain that includes brand owners, designers, suppliers and manufacturers, there are so many places for color – and most importantly the full appearance of a material – to be misrepresented, especially for industries that manufacture around the globe.

Color of the Day

Color of the Day