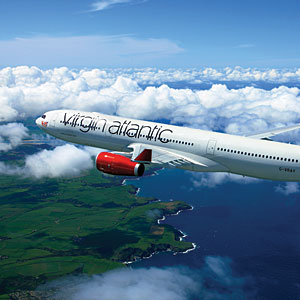 The airline has taken delivery of the first new aircraft – an Airbus A330 – painted with DESOTHANE® topcoats by PPG Aerospace colored with ANDARO® special-effect pigment. The proprietary PPG pigment was used in coatings that create the red tail and engines and the aubergine Virgin Atlantic lettering across the aircraft. The fuselage is painted with Desothane topcoats in high-sparkle silver mica.

Virgin Atlantic’s design team came to PPG with a vision for the coloring, and the company adapted the Andaro pigment technology for aerospace coating applications. Desothane topcoats with Andaro pigment will be used on all new aircraft delivered to Virgin Atlantic and are being used for repainting its existing fleet with the new livery.