This website requires certain cookies to work and uses other cookies to help you have the best experience. By visiting this website, certain cookies have already been set, which you may delete and block. By closing this message or continuing to use our site, you agree to the use of cookies. Visit our updated privacy and cookie policy to learn more.
Home » Why Titanates and Zirconates May Be Better Adhesion Promoters Than Silanes
Paint and Coatings AdditivesIndustrial Coatings

Why Titanates and Zirconates May Be Better Adhesion Promoters Than Silanes

The reason why titanates and zirconates may be better adhesion promoters than silanes lies in the intrinsic multifunctional chemistry of organometallic titanium and zirconium as compared to silicone at the nano-interface where dissimilar materials meet (Figure 1). 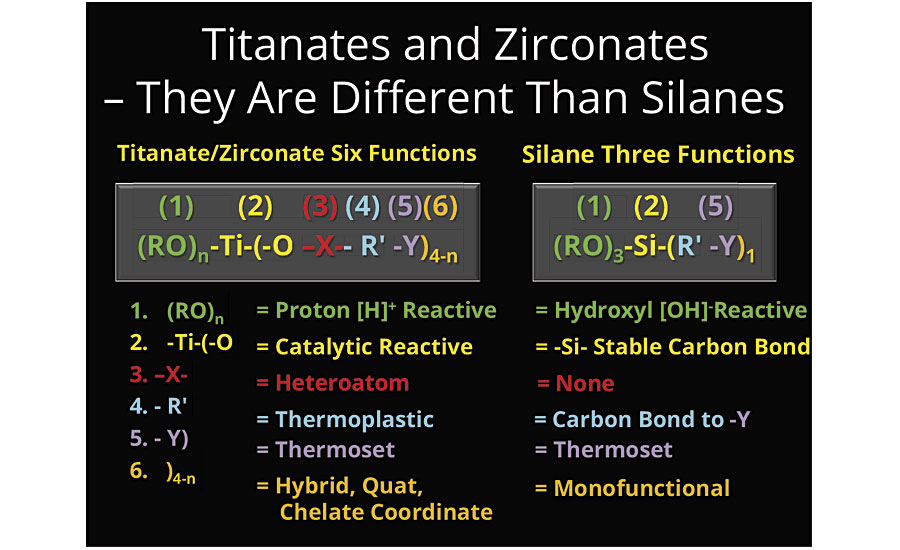 FIGURE 1 » A comparison of the titanates/zirconates with silanes according to their functionalities. 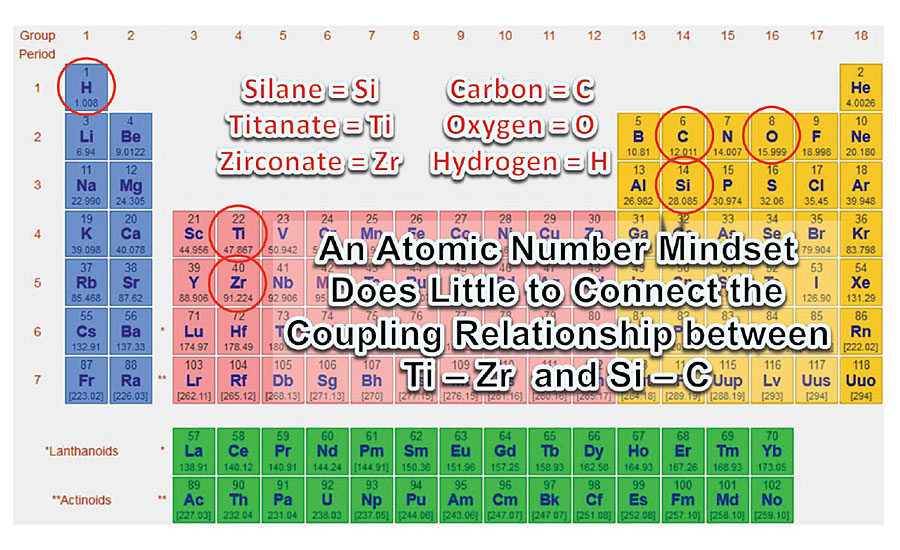 FIGURE 2a » A comparison of the titanates/zirconates with silanes according to their atomic number. 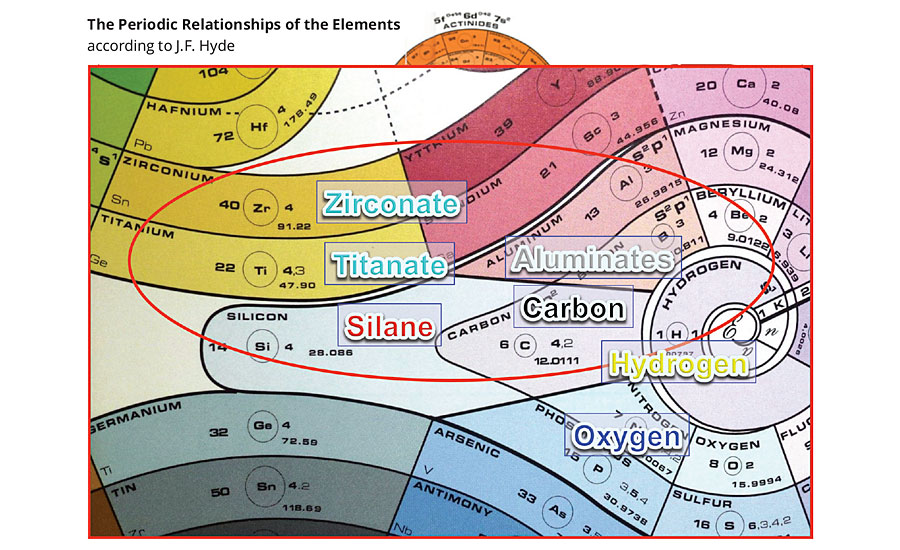 FIGURE 2b » A comparison of the titanates/zirconates with silanes according to their valence.

So, C, Si, Ti and Zr are tetravalent. Who cares? Silanes are established art and have made the modern era of coatings and composites possible in thousands of proven applications. Well, we better care if the next generation of nanocoatings and composites are ever to reach their full potential. For example, why haven’t carbon-based nanomaterials such as CNTs and graphene delivered on their potential?

Perhaps the graphene question is unfair because silanes do not Function 1 “couple” to carbon interfaces – or to carbonates, carbides, sulfates, sulfides, nitrates, nitrides, lignin, organics or many other nonhydroxyl-bearing materials such as spiropyrans and spirooxazines used in so-called smart coatings.

Until his death in 1991 at the age of 75, Dr. Edwin P. Plueddemann was considered the world’s foremost expert on silane coupling agents. In 1982, Ed wrote the book, “Silane Coupling Agents” and said, “Surfaces that showed little or no apparent response to silane coupling agents include calcium carbonate, graphite and boron.” Note: organic substrates are not listed.

I first encountered Ed in February, 1976, as he chaired the Interface Session at the SPI Reinforced Plastics/Composites Institute at the Shoreham Americana Hotel in Washington, D.C. I presented the only nonsilane technical paper on “Theory and Use of Organo Titanate Coupling Agents.” When I finished, Ed said to me, “Interesting presentation Mr. Monte, but my experience has been that titanates make poor coupling agents because of their lack of hydrolytic stability.” Of course, he was referring to the first generation of tetra alkyl titanates such as TIPT, which did precipitate TiO2 on contact with water. But, Kenrich was talking about a new generation of 1.5-nanometer monoalkoxy, chelate, coordinate and neoalkoxy heteroatom organometallics that had just begun to emerge out of its Bayonne, New Jersey, laboratory. In February, 1985, we had our first printing of the 226-page “Ken-React® Reference Manual” by S.J. Monte, which grew to 340 pages by the 3rd printing in 1993, and 80,000 pre-electronic-era copies were distributed.

The 1985 Reference Manual starts by claiming, “Coupling agents are molecular bridges at the interface between two substrates, usually but not limited to an inorganic filler and an organic polymer matrix. Titanium-derived coupling agents are unique in that their reaction with the free protons at the inorganic interface results in the formation of organic monomolecular layers on the inorganic surface. The absence of polymolecular layers at the interface, together with the chemical structure of the titanates, create novel substrate surface energy modification and polymer phase interactions, often resulting in viscosity reductions in unfilled, as well as filled polymer composites. Typically, titanate-treated inorganics are hydrophobic (see Figure 1), organophilic and organofunctional. When incorporated into polymer systems they often promote adhesion; catalyze (see Figure 2); improve dispersion and rheology; improve strength; do not create embrittlement (see Figure 3); improve mechanical properties; make inorganic loadings above 50% desirable (see Figure 4); prevent phase separation; inhibit corrosion (see Figure 5); etc. Reactivity is possible with diverse substrates such as CaCO3, BaSO4, carbon black, azodicarbonamide, nitrates, hydrates, cellulosics, phthalo and lake pigments, peroxides, aramid and carbon fibers, organics and polymers, as well as classical mineral and metal oxide-derived inorganics.” (Editor’s note: Figures 1 to 5 in the quote above are not reproduced here.)

Space limits providing a reference for every reactable interface claim made above, so Figure 3 is taken from my 31st patent EP 2 614 040 B1 granted in the EU April 12, 2017, in which a titanate was added to water and dispersed, followed by spent drilling mud (BaSO4 saturated with hydrocarbon oil), and then Portland cement admixed to make a useful composition. ASTM C150-Type I Portland cement consists of the following nonsilane reactive interfaces: 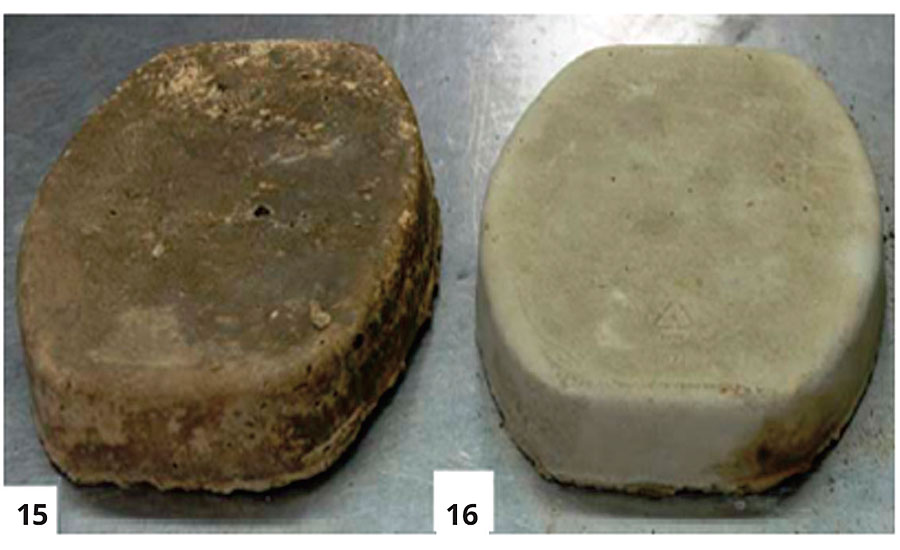 FIGURE 3 » The use of titanate in situ to compatibilize oil, water, BaSO4, and Type I Portland cement. Copyright Kenrich Petrochemicals, Inc.

The Fiberglass Interface – Si vs. Zr

Practical commercial use of coupling agents began in 1953 using silane-sized fiberglass-reinforced unsaturated polyester parts for the Corvette automobile. Let’s revisit fiberglass where silanes are proven performers and discuss Function 1 coupling at the glass interface. Fiberglass has up to 16% hydroxyl groups. The degree of silane coupling is dependent on the percentage of (OH)- groups, while neoalkoxy titanates and zirconates react with more abundant surface protons (H)+, which provides greater degree of linkage, thus providing a performance advantage in long-term aging maintenance of original functional properties when compared to the interfacial deterioration data obtained using silanes in such tests as 240-hour 10% salt water boil used in advanced composites protocol testing.1 Table 1 shows the aged amino silane maintains 65% and the aged amino zirconates 93% of its original properties. The aged amino silane is 2.6x better and the aged amino zirconate is 6.1x better than the control long fiber tensile strength. 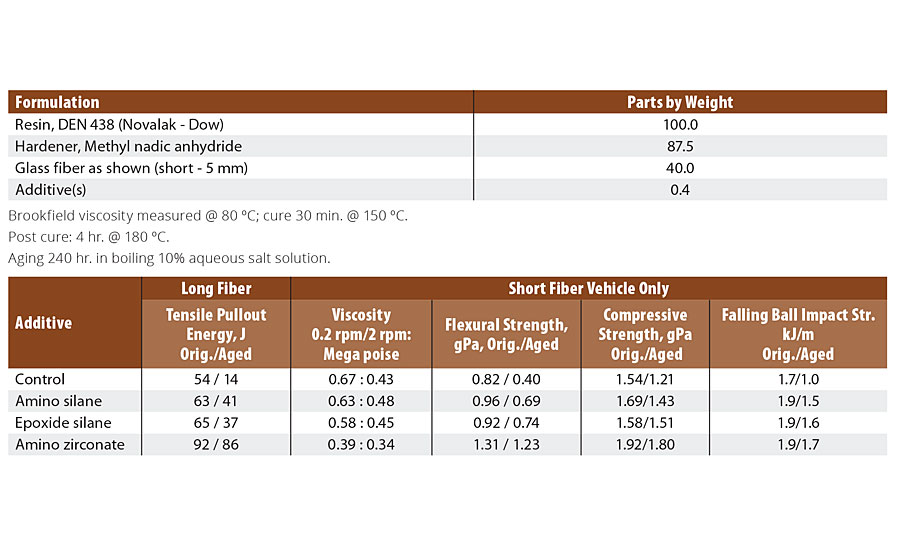 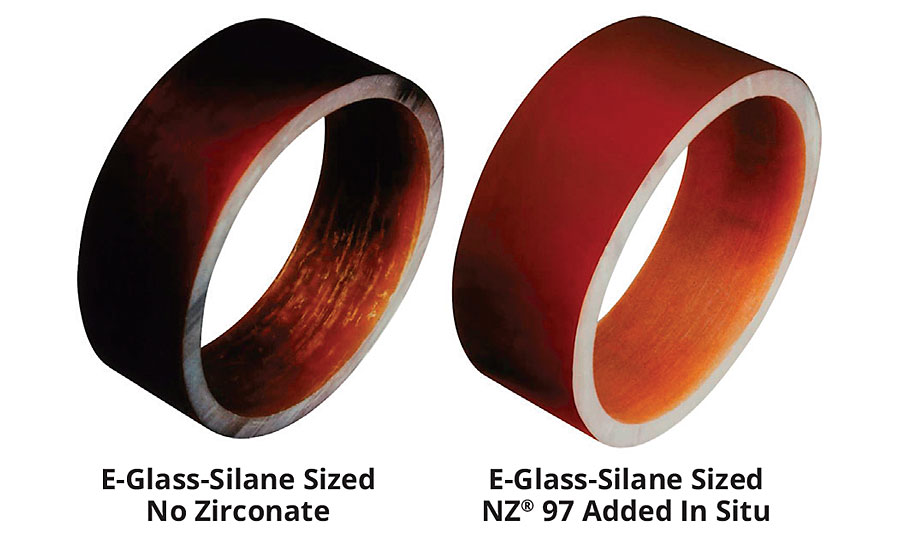 FIGURE 4 » The control on the left shows the E-glass (silane sized) fiberglass windings projecting through the anhydride-cured epoxy wall, while the Ken-React® NZ® 97-containing sample on the right, having the same type and degree of fiberglass reinforcement, shows no apparent fiberglass presence due to the almost complete interfacial adhesion of the epoxy to the fiberglass. Copyright Kenrich Petrochemicals, Inc.

R. Kraus et al. stated,2 “The ETFE matrix was a copolymer of ethylene (38.5%) and tetrafluoroethylene (61.5%) with a low fraction (0.4%) of perfluoropropylvinylether (PPVE) produced by Hoechst.

The fibers were glass fibers (E glass) with an average diameter of 10 µm and an average length of L = 60 µm. One fraction of the fibers was treated with the coupling agent NZ 44 (neopentyl(diallyl)oxytri(N-ethylenediamino) ethylzirconate) to improve the fiber-matrix interface. The specimens were prepared by melting the mixture of matrix and a weight fraction of 10% of fibers under pressure (p = 25 bar) at a temperature of 295 °C, followed by cooling to RT (cooling rate ~ 3 K min-1).

FIGURE 5 » ETFE with fibers (E-Glass) not treated with coupling agent. 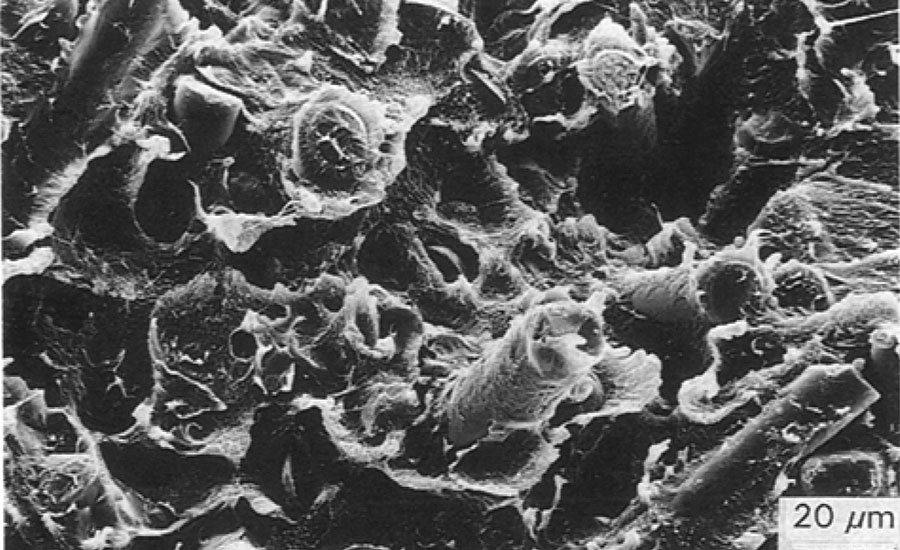 Titanium and zirconium-based organometallics are catalysts, while silanes are not catalysts. Ti or Zr catalytic functionality works in unfilled polymers3 and changes the morphology of the polymer at the nano-interface of a filled polymer, resulting in polymers with slightly higher tensile strength (F/A) and significantly higher elongation (e/l), which produces a tougher (defined as the Area under the Plot of Stress vs. Strain) polymer, resulting in coatings with higher reverse impact strength and greater mandrel flexibility.

Figure 7 shows the use of a neoalkoxy titanate:zirconate 1:2 quat blend (QB® 012) having a Function 3 nanohetero-atom pyrophosphato group improves the mandrel flexibility of an unfilled WB acrylic (Joncryl® RC 537) coating from 1 inch to ¼ inch and improves corrosion resistance at the bend. Realizing that the amine used to quaternize the otherwise water-insoluble Ti/Zr blend might be causing a degree of hydrophilicity, it was decided to cosolvate the neat neoalkoxy pyrophosphate zirconate (NZ® 38) with Texanol®, resulting in improved anticorrosion performance at the scribe. 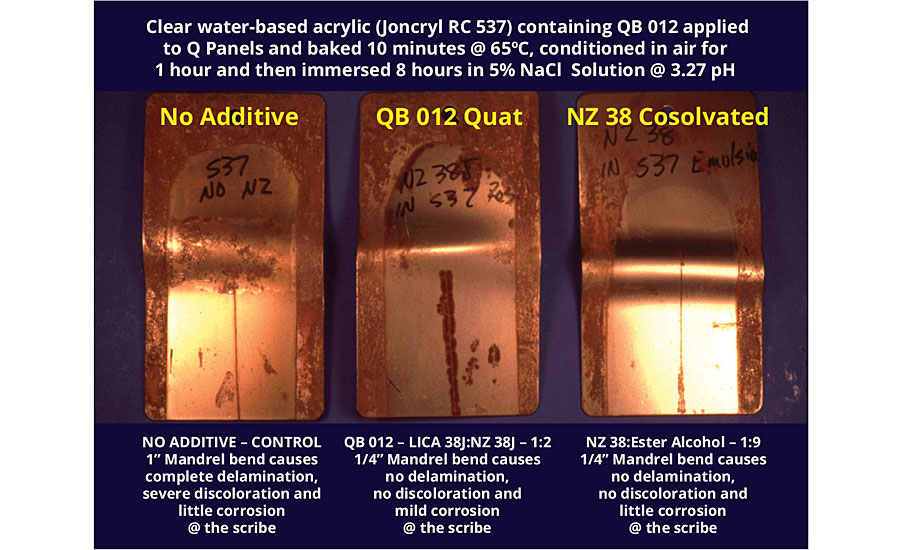 Sometimes the meaning of “nano” gets lost in numerical definitions, such as “one nanometer equals 1E-09 meters” or “one-billionth of a meter”. In organic carbon terms, one nanometer is the length of 10 carbon atoms. Most subject hetero-atom titanates and zirconates invented by the author are about 15 carbons in length – hence, 1.5 nanometers. I like to use a more visual description for the length of a nanometer by saying, “Look at your thumbnail. The length it grows in 1 second is a nanometer.”

This thumbnail visualization should register in your mind that you can’t see the growth or movement of 1 nanometer. When things on the nanometer scale such as a virus (30-50 nm), DNA (2.5 nm), CNT (~1 nm in diameter) are this small, you can’t see them with your eyes. A light microscope and analytical SPM (scanning probe microscopy) methodologies such as STM (scanning tunneling microscopy) and AFM (atomic force microscopy) are used. AFM techniques include contact AFM, noncontact AFM, dynamic contact AFM, tapping AFM and AFM-IR. The first commercially available atomic-force microscope was introduced in 1989. The AFM is one of the foremost tools for imaging, measuring and manipulating matter at the nanoscale.

The first commercial instrument for SEM photos was by Cambridge Scientific Instrument Company as the “Stereoscan” in 1965. Conventional SEM requires samples to be imaged under vacuum. Processes involving phase transitions, such as the drying of adhesives or melting of alloys, liquid transport, chemical reactions, and solid-air-gas systems in general cannot be observed. In fact, a SEM can only show the effect and not the actual “coupling agent” itself. So again (repetitio est mater studiorum), we must rethink “complete coupling” if we are to achieve optimal performance of materials used in composites and coatings.

Subject titanates and zirconates may be better adhesion promoters than silanes because their Six Function chemistry works differently: