The 2016 and 2017 WCS Samson-Adler Distinguished Service Awards will be presented this week at the Symposium. The award was introduced in 2009. Named for Mr. Maurice Samson (Los Angeles) and Mr. Barry Adler (San Francisco) in recognition of their pioneering efforts during the earliest days of the WCS, the award distinguishes an individual for lifetime service to their society, the WCS and the coatings industry in general. 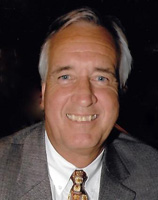 The 2016 award will be presented today to John Berghuis. John was born in Oranjestaad, Aruba, Netherlands Antilles, and moved to Canada at the age of five. In the early 1970s, he received a BSc Hons from Laurentian University and an MSc in Public Health from University of Toronto. After graduation and holding several jobs in Ontario, John moved to BC in 1978 and joined Alchem/Nalco as a chemical salesman. He worked for several companies in the pulp and paper industry. John entered the coatings industry in 1984 when he joined NL Chemical (which later became Kronos Worldwide) in their paper/coatings/plastics division, a position he retained (with some changes) until his retirement on December 31, 2014.

To complement his professional career in the paint industry, John has a long and distinguished volunteering career. The same year he moved to BC, he volunteered as a director on the PNWSCT Board, a position he held for almost 20 years, including turns as President and Symposium Chairman. During that same era, he was President of the BC Paint Manufacturers Association, promoting policies to advance and strengthen our industry. From 1996 to 1998, John stepped up again and presided as PNWSCT President when the incumbent fell ill and resigned. In 2000 – 2001, he was a national director on the Board of the FSCT. In 2003, he successfully rallied for the PNWSCT to be included on the BOD for the Western Coatings Show. His efforts not only helped shape and build the modern version of the WCS, but helped to revitalize a tired PNWSCT and improve its financial standing. He remained on the WCS BOD for 10 years. With endless enthusiasm and tireless dedication, John served the industry for over three decades.