Current Challenges in the Coatings Industry 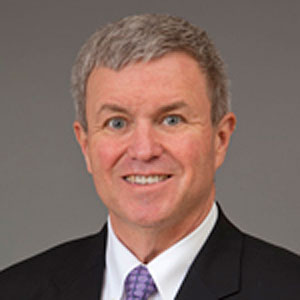 PCI: Can you provide an overview of recent regulations that will affect coatings suppliers and manufacturers?

Griffin: While I am not expecting a rush of significant new rules hitting us in the short term, I do expect an incremental tightening of existing regulations. I am most concerned that we will return to “Sue and Settle”, and completely circumvent the normal rule-making process that allows input from trade associations like the National Association of Chemical Distributors and completely bypasses Congress. TSCA reform has already been completed, and while we can expect some new rules coming, it will take some time. Even though TSCA reform did not go as far as REACH, we will see some market-driven alignments on the banning or removal of some chemistries. Chemistries like NPE, APE NMP and heavy metals like cobalt have already been banned in different parts of the world, and when we add in the coming wave of “Green” label requirements, large companies and markets will push coatings companies to reformulate to more sustainable or green chemistries.

OSHA is starting the process of moving to the 7th version of the Hazard Communication Standard — GHS. My initial thoughts were that this is just a refinement rather than a new requirement, but it seems there are some new proposed requirements that will require a lot of work. I am most troubled with the proposal requiring the identification of downstream chemical reactions (with any substance or mixture) that naturally occurs or is in commerce — adding not only the identification of potential reactions but to identify the byproducts and decomposition products of that reaction. While TSCA reform fell well short of the requirements of REACH, there is the potential that the progression of the GHS standard could get us closer to a REACH-type regulatory environment than we expected.

PCI: How has the pandemic affected chemical distributors?

For Lintech International, the pandemic has offered us an opportunity to do a lot of process improvements. We completed a lot of software, business intelligence and cyber upgrades that otherwise were often pushed aside during a normal business cycle. We were able to make significant improvements to our sales processes and a timely upgrade to our cyber defense systems.

PCI: There are a lot of challenges right now for chemical distributors, including a driver shortage and licensing problems. Do you have suggestions on when or how these issues might be resolved?

Griffin: We have been talking about the pending driver shortage since 2018. The average age of an over-the-road driver is about 56 years old. Younger people have not been entering the profession, and as drivers retire there have not been enough younger drivers to replace them. Current estimates are that we are about 230,000 drivers short of what is needed to meet demand. As we can all attest, the post lockdown return to business exceeded capacity and sent rates climbing at an alarming rate. In certain markets, there are eight loads for every available truck.

Besides drivers retiring, there has also been an exodus of drivers from the profession. This exodus can be attributed to several factors, among them are the new regulations created by the Federal Motor Carrier Safety Administration over the last five years. While these regulations were good and increased the overall safety on the road, they did move some drivers out of the profession. The CDL clearing house created a database of drivers that have failed drug tests, or had multiple safety or traffic violations. Many drivers that had these issues would get fired by one carrier only to be hired the next day by a different carrier. This database allows carriers (and insurers) to have increased visibility into a driver’s history, and has resulted in these drivers having to leave the profession.

Another factor that reduced capacity is electronic monitoring devices and electronic logbook. I have been in this profession a long time and can remember drivers having multiple logbooks in order to extend their hours of service. The ELD mandate has greatly reduced the cheating, and thus reduced the miles. This was also a good thing; we don’t want to drive on the road next to drivers that are falling asleep at the wheel.

Finally, our lack of investment in infrastructure has resulted in traffic jams all over America. I have talked to a lot of drivers, and their biggest frustration is always being stuck in traffic. Remember, they get paid by the mile. A 400-mile trip pays the same even if it takes them 8 hours or 12 hours to complete. The drivers stopped in traffic get more frustrated knowing that they are not getting paid when the truck in not moving.

I keep getting asked about how bad this will get and when it will get better. For the short term, there is nothing that is going to reduce the pain. In fact, this will get worse before it gets better. The lack of over-the-road trucks has resulted in the less than truck load (LTL) market to be overwhelmed with customers shifting from truck load to LTL to meet customer demands. The result has been price increases, pallet limits and the removal of volume programs, and an overall increase in in-transit damage. Earlier this year I warned our team that should a major hurricane hit the U.S., there would be a significant shortage in trucks available as they will be contracted by FEMA for disaster relief and will be pulled out of normal commerce. With Ida, this has occurred, and we are currently navigating this shortage.

We have been doing our best to support the pending legislation called the Drive-Safe Act. This act addresses the driver shortage by expanding the commercial driver age to 18 and strengthens proper training requirements for them to enter interstate commerce. With the CDL age set at 21, we are losing potential drivers since by the time they have turned 21 they have entered a different trade. If we can trust 18-year-olds to drive a tank in the military, we can, with proper training, trust them to drive a truck. Access to this high-salary job at a young age should help start the process to recovery of capacity.

PCI: Can you comment on the causes of the current raw material shortages and when you think things will be back on stream?

Griffin: In 29 years in this industry, I have never seen this level of raw material shortages, and its hitting almost all chemistries at the same time. While COVID did decrease overall demand, it created a significant shift in demand. Modern supply chains are driven to generate efficiencies based upon historical models and demand forecasts. The extreme shift from commercial demand to consumer-driven demand significantly changed the production demand and raw material needs. Couple this with the fact that when a majority of the population was either stuck at home or working from home it resulted in a boom in DIY home improvement and a need for more computers, chairs, desks and outdoor space improvement, which started a wave of imports to the U.S. With a lack of exports, the containers began to back up and the ports were overwhelmed.

Due to our reliability on imports of many chemical intermediates, delays at the ports started to cause delays in domestic production. The big freeze in Houston was the perfect storm, and a chain reaction of force majeures occurred. We are finally seeing light at the end of the tunnel, and domestic production is beginning to catch up. We had expected that by the end of the 3rd quarter most of the domestic chemical production will be back to post-COVID levels. Hurricane Ida has slowed down that recovery. The problem is that while production is improving, the rapid recovery and significant GDP growth will continue to create tight inventories and increased prices.

PCI: What concerns do you have as a distributor for the near term?

Griffin: Overall, the biggest threat we face is the lack of drivers to support the growth we are expecting. Along those lines, with the changes in the consumer market shifting from big box stores to online home delivery, chemical warehousing space is being squeezed out in favor of food and consumer products. We have seen this coming for several years and have taken the proactive step of buying warehouses to ensure that we can support our supply chain partners and customers.

On the employment side, fewer and fewer young Americans are getting technical degrees in chemistry and we, like the driver market, have an aging work force. We have been working to bring in a new generation by offering training and a developmental career path.