Nanotechnology, or rather, phenomena on a nanometric scale and ways of manipulating such phenomena, always existed. What is new compared with the recent past is the coining of the word “nanotechnology”. Based on solid scientific background, we are more aware of the importance of the nanometric scale; and there are now special instruments available that are capable of taking quantitative measurements of what occurs at these dimensions.

The differences between “mass” objects and those organized on a nanometric scale are due to:

To give an idea of the dimensions being discussed, a human hair is just a few microns thick. A nanometer corresponds to a thousandth of a micron. A molecule of water is approximately 0.3 nm in diameter. A nanometer, compared with a meter, is like comparing the diameter of a tennis ball with the diameter of the earth. In the blink of an eye, a person’s hair grows one nanometer.

As a manufacturer of water-based dispersion polymers, Vinavil research scientists have often researched which particular characteristics nanolatexes could have, and, therefore, how they might be applied to coatings and the building industry. Following are some results:

1. The use of water as a dispersing medium. This is an important characteristic, which is common to all latexes.

2. High productivity. Generally speaking, polymerization speed in the heterogeneous phase is inversely proportional to the diameter of the particle; the kinetics of polymerization are, therefore, particularly favorable.

3. High surface area. This is illustrated in Figure 1, which shows that conventional latex has a specific surface area of approximately 20 m2/g – 10 times lower than that of nanolatex. 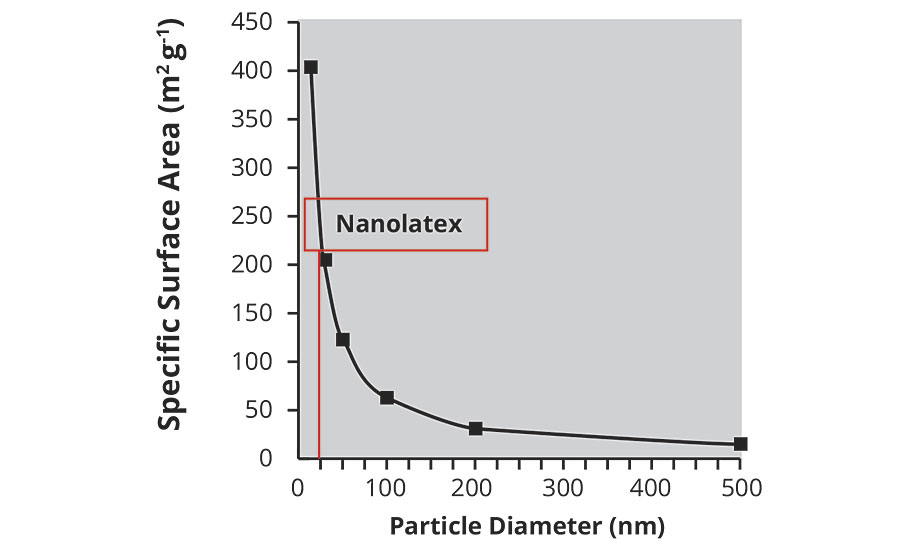 4. Surface functionality. As particle sizes decrease, the importance of the surface area with respect to the volume increases. In this way, when the functional particles polymerize, most of the functional groups will tend to go to the surface.

5. Filler covering. This is the result of points 3 and 4. For example, 30 g of 30 nm nanolatex will cover a total of 3 kg of one-micron-diameter filler. If the functionality of the nanolatex is designed correctly, apart from acting as a binder, it may also act as a dispersing agent.

7. Imbibition and penetration into porous substrates. It is logical to assume that fine particle dispersions penetrate better into porosity compared with larger particles. However, what really happens in detail is never so simple; and in this case, too, there are other phenomena playing their part. When a liquid perfectly wets the surface of a solid, the mass of the liquid is preceded by a precursor layer, which may be up to 20-40 nm.2 It is quite clear that, if the dimensions of the particles are in this range, they will be dragged by the liquid that penetrates; otherwise they will be blocked by the surface of the solid (Figure 2), only the watery phase will penetrate, and there will be a concentration of the dispersion on the surface with an increase in the viscosity and, sooner or later, destabilization. 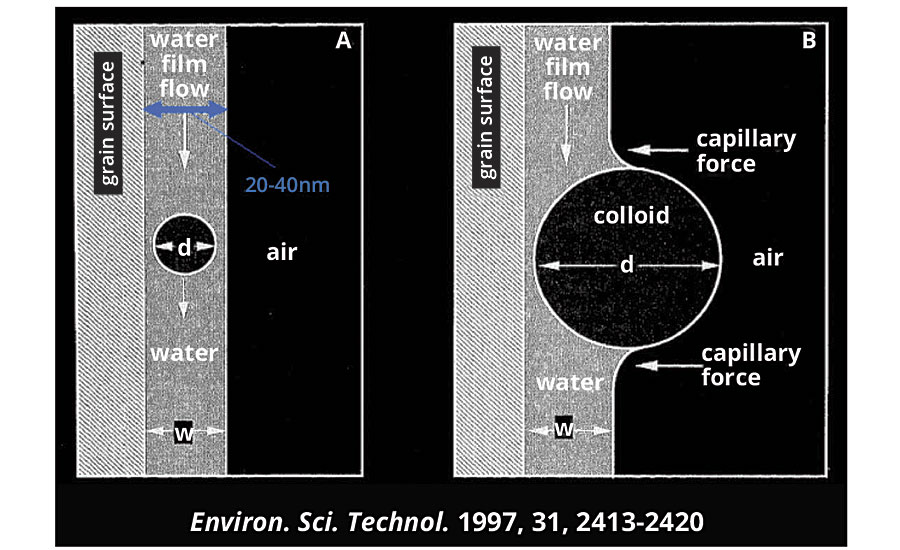 FIGURE 2 » Transparent model of a thin liquid film. For w/d > 1, there is efficient particle drag.

Other aspects to guarantee good penetration are rheology (the liquid must have low viscosity at low shear), and the colloidal stability of the liquid (it must not coagulate if there are salts present).

8. Consolidation. In this case too, it is logical to assume that the use of small particles will be advantageous. The number of particles is proportional to 1/r3. Small particles allow a higher number of hooking points between the grains of a substrate that is not very compact. However, the way in which the particles are positioned must also be taken into consideration. This is illustrated in Figure 3. 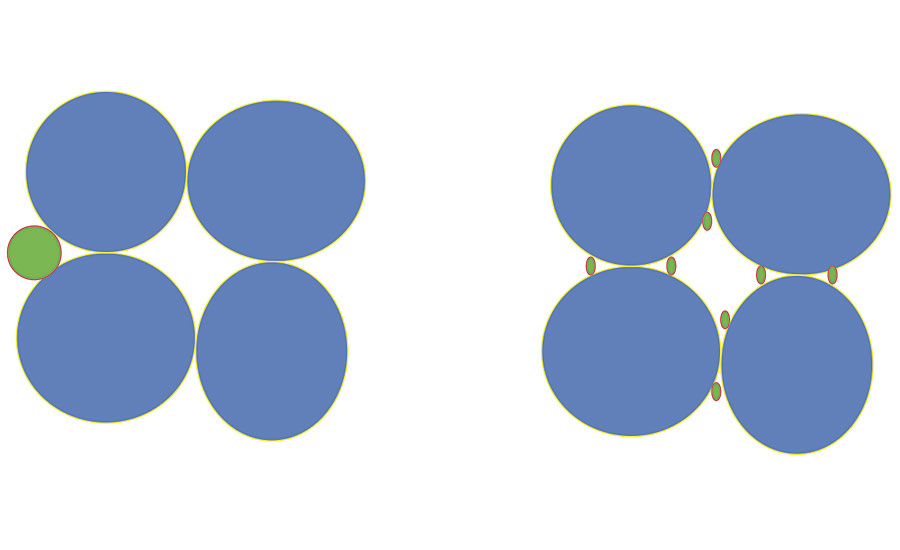 FIGURE 3 » The favorable behavior of nanolatex in binding inconsistent granules.

9. Transparency. In order to create transparent latexes, the particles must be considerably smaller than the wavelength of light. Figure 4 compares various types of latexes. It may also be noted that conventional latexes, with a concentration of 0.5 g/L dry content, are completely opaque, compared with 30% dry content for nanolatexes. 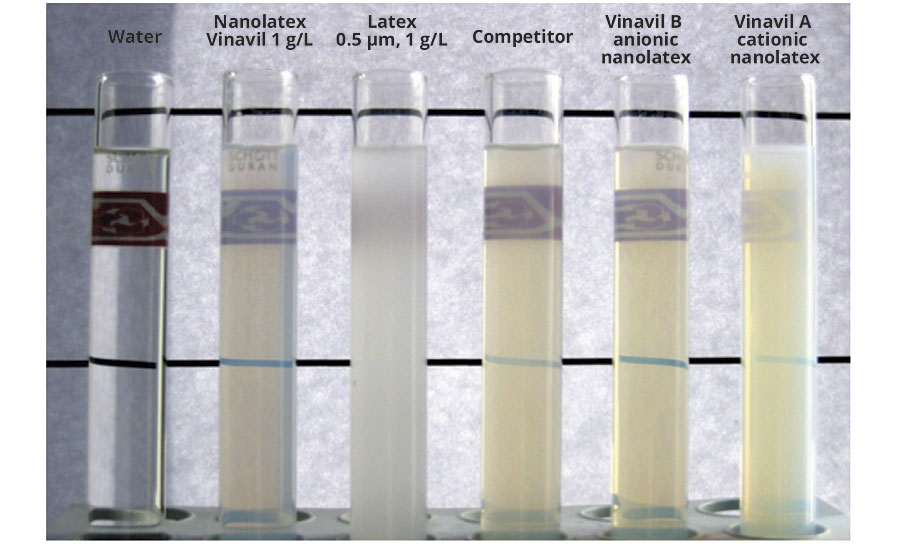 Other phenomena that must be taken into consideration when discussing nanolatexes, and that up until now have not been the subject of in-depth studies, are the effect of confinement of the macromolecules, different polymerization mechanisms and the different roles of entropy and enthalpy phenomena compared with “macro latexes”. All these factors influence both the characteristics of the latexes and the finished product. If these points are examined carefully, there are grounds to presume that nanolatexes may also be employed as primers.

The aim of a primer is to consolidate a substrate that is not very compact (for example, a deteriorated façade) and to prepare the substrate for the application of further coatings. This must be carried out without changing the appearance of the surface and without having a negative impact on the surrounding environment.

Primer requirements could include:

On the basis of what has been discussed above, it is clear that a correctly formulated nanolatex is a suitable solution to form a primer with appropriate performance characteristics and able to replace solvent-based primers.

Vinavil manufactures and sells two nanolatex products (Table 1), which are used as primers, with a cationic or anionic stabilizing system. The cationic nanolatex is inherently a biocide, a characteristic which is highly desirable in the building industry. 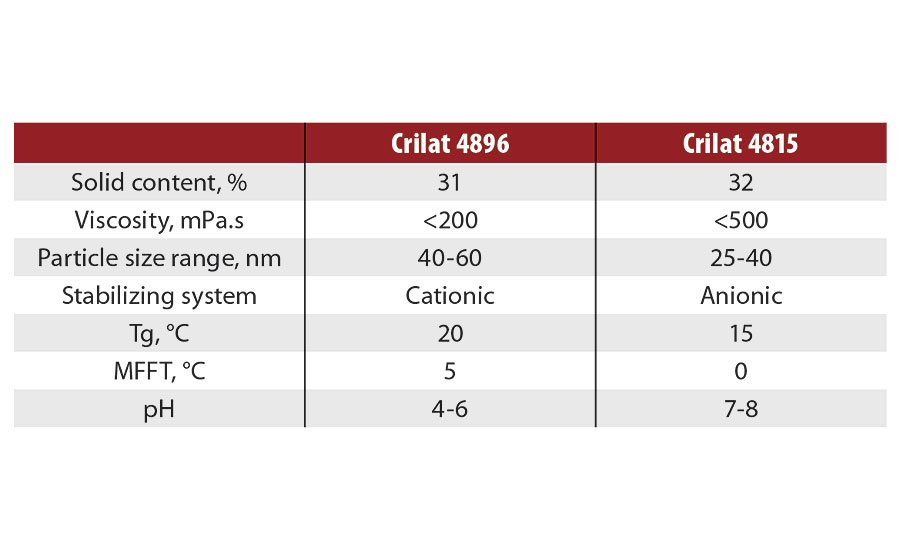 TABLE 1 » Characteristics of nanolatexes currently on the market.

An interesting feature in other applications is the property of dispersing surface electric charges, obtaining an antistatic effect. At the moment, there are no standards on testing methods for the use of a nanolatex as a primer. Therefore, we have developed test methods useful to evaluate a primer application. The most significant are described below.

Consolidation and penetration are two phenomena that are closely interconnected. A latex that does not penetrate will consolidate the surface layer very well, leaving an unwanted glossy finish; but the underlying layer will remain incoherent. A nanolatex that penetrates deep down into the substrate will consolidate a superior mass of the inconsistent substrate, with a very low polymer mass/incoherent mass ratio. Leaving all the other conditions the same, abrasion resistance per unit thickness will be lower. The nanostructure of the latex will be crucial at the same penetration depth and with the same quantity of polymer. In specific cases, to find the best condition, it will be necessary to carry out a series of trials by dosing the amount and concentration of latex. To get a clear picture of the reliability of the quality of our products, we carried out a different series of tests, with different degrees of consistency of porous substrates.

This test is conducted to evaluate the quantity of quartz powder that a nanolatex is able to consolidate. The graph in Figure 5 illustrates how the nanolatex-based primer has a better consolidating effect. This test was also carried out with other powders, such as cement and calcium carbonate, and the same results were reached. 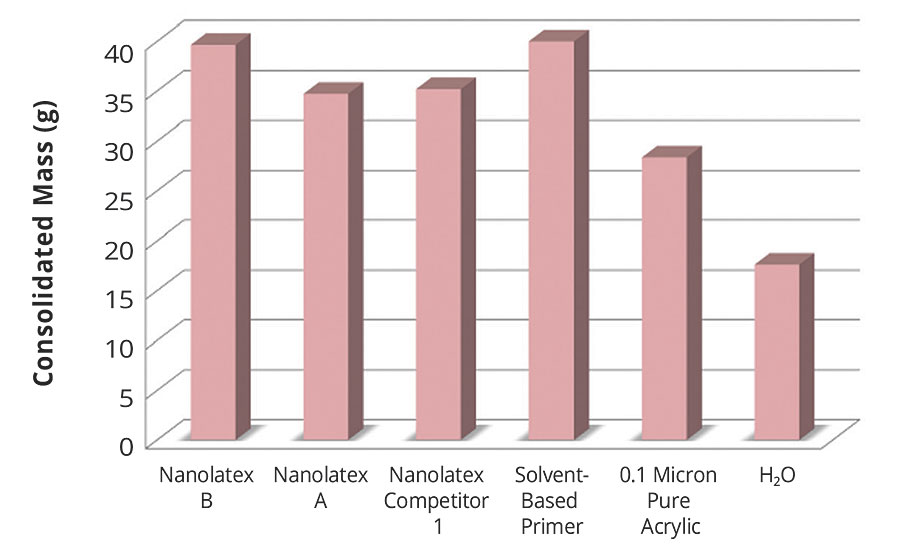 FIGURE 5 » Consolidation of quartz powder with the use of primer.

This test is conducted to evaluate the dry abrasion resistance of weak, cement-free render, consolidated using a nanolatex-based primer. In order to have a better interpretation of the obtained results, the weight loss is reported on a graph. An analysis of the results shows how the nanolatex-based primer increases the abrasion resistance of the substrate (Figure 6). 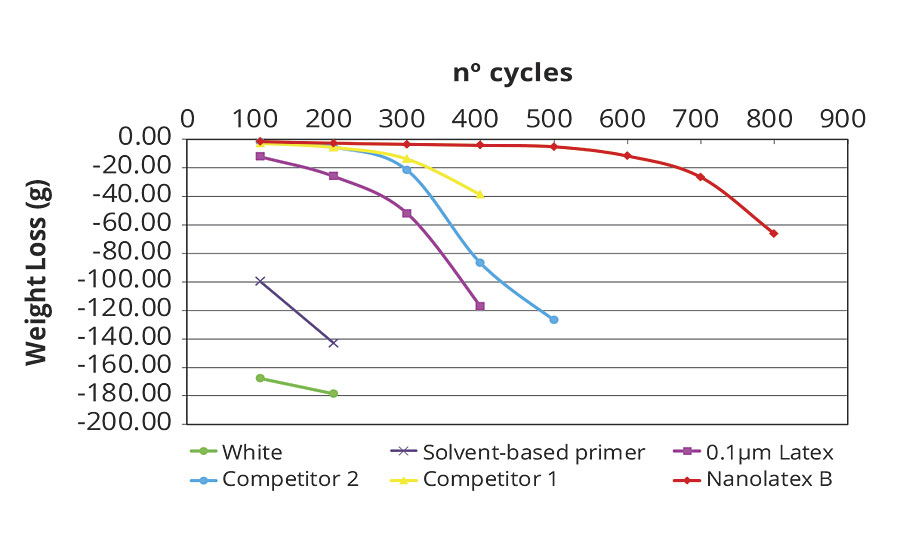 FIGURE 6 » Dry abrasion resistance of a render treated with primer.

This test is conducted to evaluate consolidation of a poor-consistency, old paint where a nanolatex is applied. Obviously, paint appearance must not change once dried. An analysis of the results shows that the high-PVC paint on which the nanolatex-based primer was applied has an improved wet scrub resistance.

Figure 7 shows two images from a scanning electron microscope of an extremely porous substrate with a very high surface area, before and after impregnation. It may be noted that a considerable amount of porosity remains even under such unfavorable conditions, and it will allow vapor to pass through even if the barrier is reduced. The capacity of nanolatexes to guarantee a good bond of successive layers on difficult substrates was also evaluated (for example, on gypsum). Good results were obtained, especially when compared with conventional latexes. 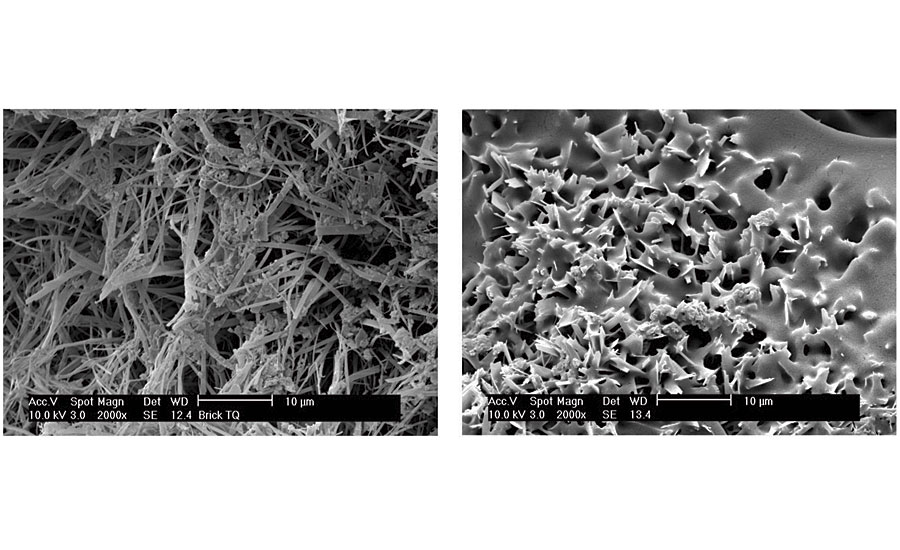 FIGURE 7 » Scanning electron microscope (SEM) photo of a very porous substrate before and after impregnation with nanolatex.

With the use of a cationic nanolatex, Mapei has developed a consolidating agent called Primer 3296. A thesis has been discussed at the University of Naples, entitled “Innovative Technology for the Protection of Erodible Ridges: a Case Study at Monte di Procida,” using Primer 3296 (Figure 8). 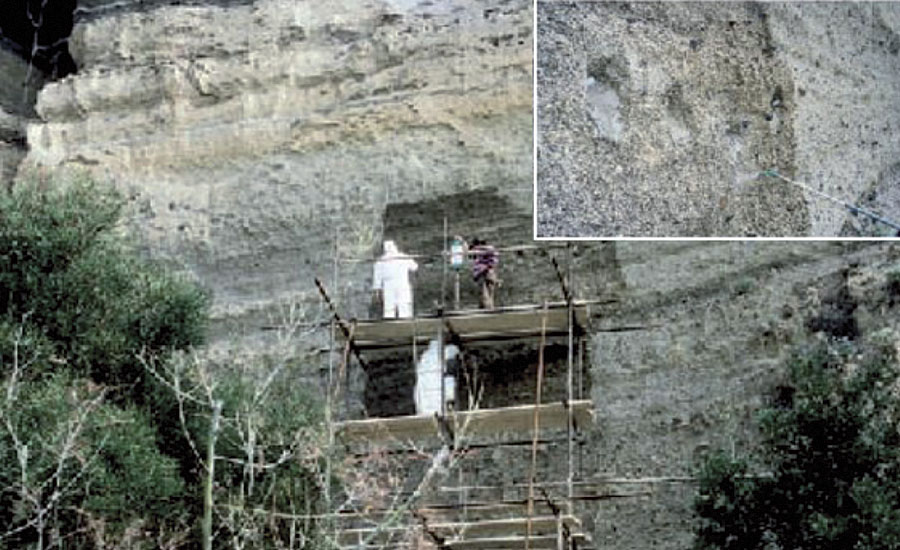 FIGURE 8 » The application of Primer 3296 was tested at Monte Procida (Naples, Italy).

This product has also been used for more than 10 years in the building industry to consolidate indoor and outdoor incoherent, chalky substrates. A recently developed anionic nanolatex is used for similar applications.

One interesting application is wood impregnation. This material could also be developed to produce high-performance paints.

Greater awareness of phenomena that occur on a nanometric scale and subsequent testing (both in application and synthesis of polymers) have led to the development of new materials with better performance characteristics than the traditional ones, with full respect for the environment. n