This website requires certain cookies to work and uses other cookies to help you have the best experience. By visiting this website, certain cookies have already been set, which you may delete and block. By closing this message or continuing to use our site, you agree to the use of cookies. Visit our updated privacy and cookie policy to learn more.
Home » Advancing Material Characterization of Organic Pigments
Paint and Coating PigmentsPaint and Coating EquipmentTesting, Monitoring &Tools

Frontier Py-GC/MS offers a revolutionary solution for analyzing organic pigments in a complex matrix in the paint, ink and coatings industries. Samples are analyzed directly; no pretreatment such as solvent extraction is necessary. Pyrolyzates are separated on a high-resolution capillary column and identified using both spectral (MS) and retention (GC) data. This technique can be used both qualitatively and quantitatively, and allows multiple and customized analysis on the same sample.

We have developed a series of techniques referred to as the “method map” to chemically characterize organic paint pigments using the EGA/PY-3030D multifunctional pyrolyzer system in conjunction with a benchtop GC/MS. These techniques are applicable for virtually any organic materials from volatiles to high-molecular-weight polymers. In fact, the technique provides the scientist with two simple steps for determining the composition of any unknown sample.

The first step when developing a method using this technique is to perform an Evolved Gas Analysis (EGA). The sample is dropped into the furnace, which is at a relatively low temperature. The furnace is then programmed to a much higher temperature. Compounds “evolve” from the sample as the temperature increases. A plot of detector response versus furnace temperature is obtained. The EGA example in Figure 1 contains two thermal zones of interest. 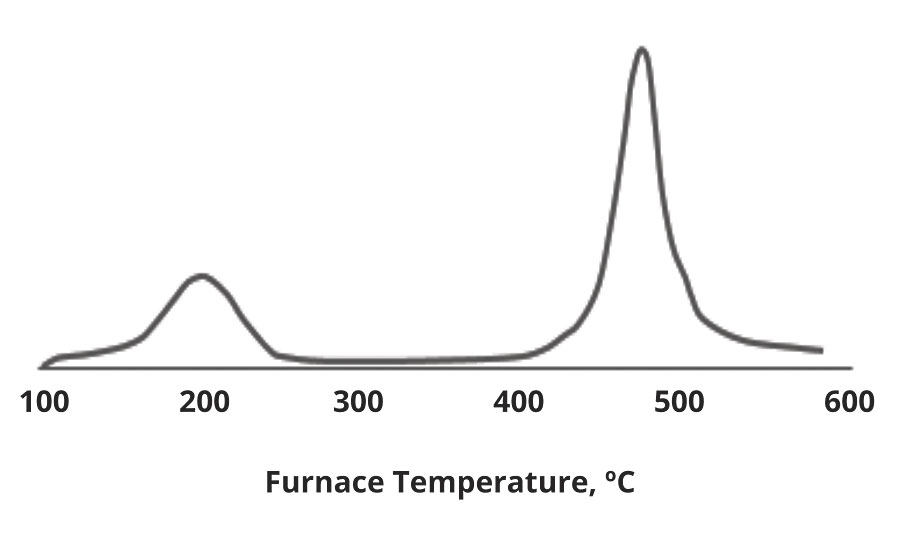 FIGURE 1 » Example of an EGA Thermogram1.

The Pyrolyzer has a variety of applications in the paint and coatings industry. This technical application note details the “method map” methodology for some organic paint pigments.

The first step in characterizing the organic pigments was the EGA technique. The EGA-MS was performed by programming the furnace from 100-600 °C at 20 °C/min.

The second step was to analyze the thermal zones of interest obtained from EGA thermograms. Pyrolysis-GC/MS at 600 ºC were performed on 35 organic pigments using Py-GC/MS. F-Search (Frontier search engine with four unique libraries) was used to create the organic pigment library and process the MS sample data. The spectral information from the Py-GC/MS analysis was incorporated into a searchable MS library using Frontier F-Search engine. Additional organic pigments can easily be added. Such a “pigment” library can be used to identify pigments in an ‘unknown’ sample.

The results obtained by the EGA-MS and Py-GC/MS analysis of Pigment yellow 93 and Pigment yellow 94 are shown in Figures 2 and 3. The molecular structures of these two pigments are similar. This data was used to construct a database to identify unknown pigments that have similar structures. When analyzing samples containing multiple pigments, the Py-GC/MS is extremely useful since the pyrolyzates of each pigment can be separated, identified and quantitated. The detailed information provided by this technique (compound’s name, structure and molecular weight), along with no sample preparation and solvents required, makes PY-GCMS a promising analytical tool in this industry to make difficult challenges simple.1 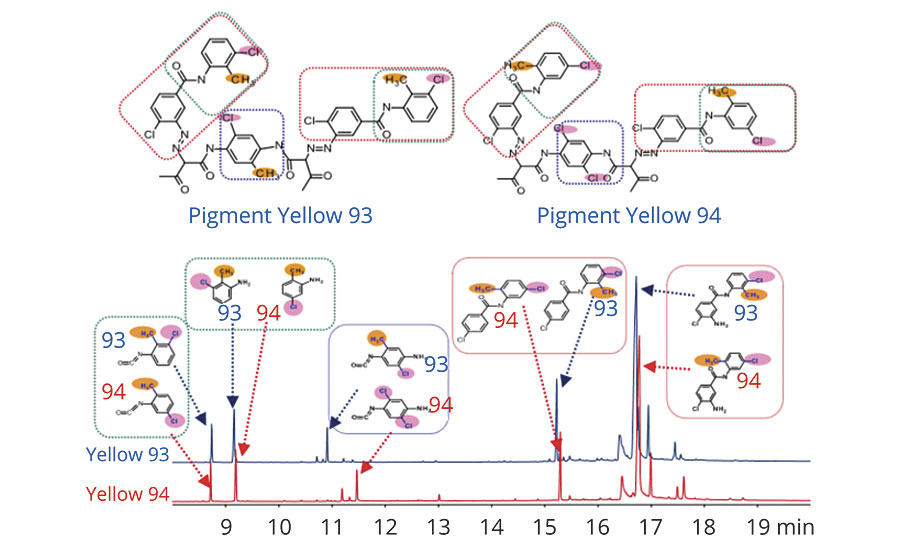 FIGURE 2 » Structure of Pigment 93 and Pigment 94, pyrograms and identification of major peaks. 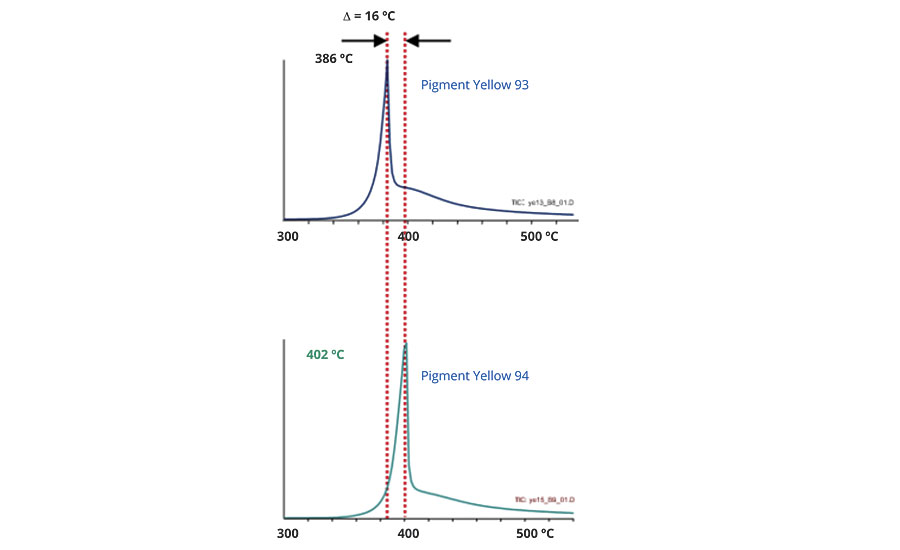 The Multi-Shot Pyrolyzer provides many advantages and immediate quality improvements in a coatings laboratory. Virtually any material (liquid or solid) can be chemically characterized using this technique. The unit guarantees reproducibility and accuracy where every facet of the system is designed to ensure reliability and data quality. All surfaces in contact with the sample are quartz or deactivated stainless steel. There is no transfer line and no cross contamination. The system also increases laboratory productivity, as sample preparation takes less than five minutes, and the low mass ceramic furnace heats and cools in record time for efficient and continuous sample analysis. This technique requires a small amount of sample, which reduces the cost of sample shipping, handling and disposal. In addition, no solvent is required when analyzing a sample.

Changing of the Guard: Switching to Smart Pigments for Corrosion Protection