Microorganisms are vital to our everyday lives and the environment. They play an essential role in virtually all ecosystems, responsible for nutrient cycling and surviving in extreme conditions. We exploit these microbes in many processes such as fermentation in food production, water treatment processes and medicines, as a source of antibiotics and vaccines.

However, many microbes are harmful and are the causative agents in many infectious diseases, such as tuberculosis and pneumonia. Mold can trigger respiratory infections and allergies if allowed to grow in our homes or workplaces. This can also lead to fungal staining on carpets and algal growth on paints, which is both difficult and costly to remove, and is a common cause of malodor in textiles and clothing.

Practices are employed to avoid infection, protect resources and the environment such as cleaning, temperature and humidity control with the aim to reduce harmful microorganisms to an acceptable level. But this is not always sustainable. Microbial control can be achieved through the use of antimicrobial technologies that keep microorganisms from multiplying or growing, providing hygienic surfaces in hospitals, the food industry and offering film preservation in paints.

The importance of biocidal active substances in the paints and coatings sector has increased in recent years. This is partially due to the reduction in use of solvent-based products and the increased use of water-based systems. These water-based systems are better for the environment and our health, however, they do require protection against microbial attack. In-can preservatives and film preservatives are used to prevent the formation of mold and algae in paint and façade coatings.

The typical mode of action of many existing biocide technologies in paints and coatings is through the release of the active ingredient to protect the surface coating. Active release from the surface into a water film is essential for biocidal activity for certain applications, and these processes are optimized to ensure long-term efficacy of the biocidal products. Consequently, the concentration of the active ingredient in the coating decreases along with the effectiveness of the biocidal product (Figure 1), hence this conventional active release working mechanism can lead to microbial resistance over time as the microbes can ultimately survive and develop resistance. 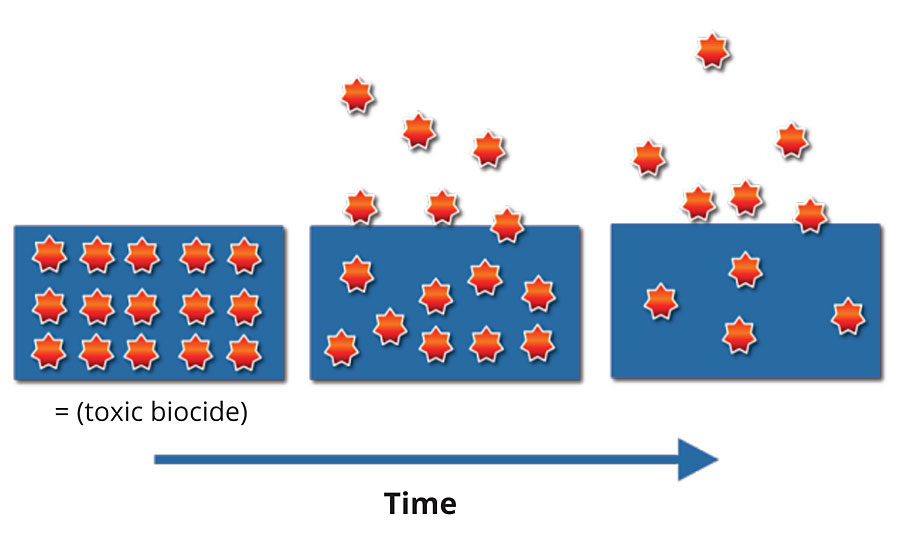 As the active ingredient releases from the coating surface to the environment, it is more bioavailable to humans, and its presence raises a potential environmental threat.

Why Do We Need New and Safe Antimicrobial Actives?

Due to their intrinsic properties and patterns of use, biocides, such as rodenticides or insecticides, can cause adverse effects to humans, animals and the environment. Globally, an increase in legislation intended to mitigate these adverse effects has been seen. The specifics of these legal frameworks vary by region. The European Biocidal Products Regulation (BPR) came into force on September 1, 2013, replacing the previous Biocidal Products Directive to better regulate and minimize the environmental and human effects described above. In the BPR a distinction is made between the biocidal active substance and the biocidal product. The biocidal active substances can be chemical compounds, or microorganisms that have an action on or against harmful organisms. Biocidal products contain one or more biocidal active substances and may contain other nonactive coformulants that ensure the effectiveness as well as the desired properties of the final product.

Further to that, a treated article is a substance, mixture or article that has been treated with, or intentionally incorporates, one or more biocidal products. Biocidal products can be added to other materials to protect them against biological infestation and growth. Where the biocidal property is not the primary function of this material this is then considered a treated article, such as a paint treated with a biocide to protect the painted surface when applied.

In Europe, treated articles can only contain active ingredients that are approved or in current work program (the article 95 list for that purpose) and require labelling with the active ingredient. This is a significant change to the previous requirements under the Biocidal Products Directive, where articles imported from outside the EU could be treated with substances not allowed in the EU.

Sustainable Use of Biocides

The European Commission has issued a report on the sustainable use of biocides, focusing on reducing the risk and impact of their use on human health and the environment while ensuring sufficient biocidal products remain available for consumer protection. The development of new, innovative active ingredients is needed to meet the increasing demand of regulations and the move towards more environmentally acceptable products that are safer to human health and less likely to cause microbial resistance.

A New Approach for Antimicrobial Coatings, Inspired by Nature

MyCroFence is designed to be a safer antimicrobial coatings technology. This innovative active antimicrobial technology will help paint and coatings formulators to meet the stringent demands from the new European Biocide Product legislation and to move towards more environmentally acceptable products that are safer for human health.

It can be used for the preservation of a dry film coating and its appearance (PT 7) as well as in disinfectant coatings (PT 2) to protect the health of humans and animals. Depending on the selected application type and related marketing strategy, the coating will then be considered a “Treated Article” or “Biocidal Product”. The active component is built into the polymer binder, which forms a positively charged surface on the dry film.

MyCroFence AM 215 is the first-generation acrylic binder containing this unique active antimicrobial surface component. The binder is a high-molecular-weight acrylic resin containing cationic functions. The acrylic emulsion is partially stabilized by its cationic groups. The emulsion has a low particle size (around 60 nm) and a Tg of 0 to 5 °C with a stable pH of 7 and a solid matter content of around 36%. This antimicrobial acrylic emulsion can be used to formulate waterborne antimicrobial wall paints with a strong activity against bacteria, fungal growth and algae, hence is ideal for use in hygienic, sensitive environments such as hospitals, nurseries, schools and bathrooms.

As a dried coating layer, the technology consists of a polymeric network with cationic functionalities, as shown in Figure 2. During the drying process, the cationic groups tend to migrate to the surface of the coating, within the flexibility of the polymer chains. This creates a dense cationic surface. Hydrophobic alkyl chains, attached to the cations, play an active role in the hydrophilic/hydrophobic balance on the coating interface. 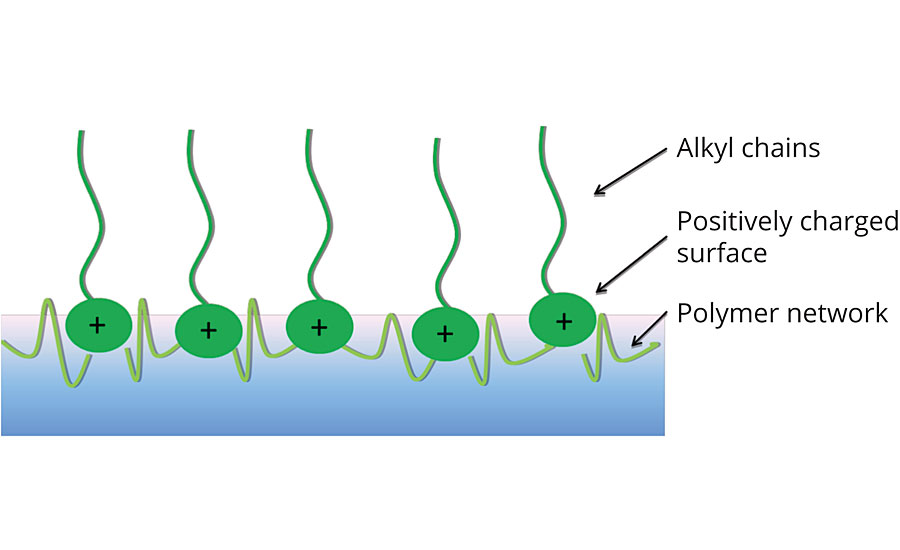 This positively charged surface disrupts the microbe cell membranes, preventing multiplication and growth of the microbes. This can be visualized as a layer of cationic needles, similar to the needles of a cactus. When a microbe comes into contact with the treated surface, the “cactus needles” disrupt the cell membrane, eventually leading to cell death of the microbe. This unique working mechanism means that the surface of the coating remains antimicrobial active and will not lead to microbial resistance.

Formulating paint with a cationic stabilized binder requires careful selection of the raw materials used (Table 1). In the tested paint formulation, MyCroFence AM 215 was combined with a nonantimicrobial cobinder to increase the Tg and the hydrophobic character. Blends of MyCroFence AM 215 with other cationic or nonionic stabilized emulsions are also possible, as shown in Table 2. 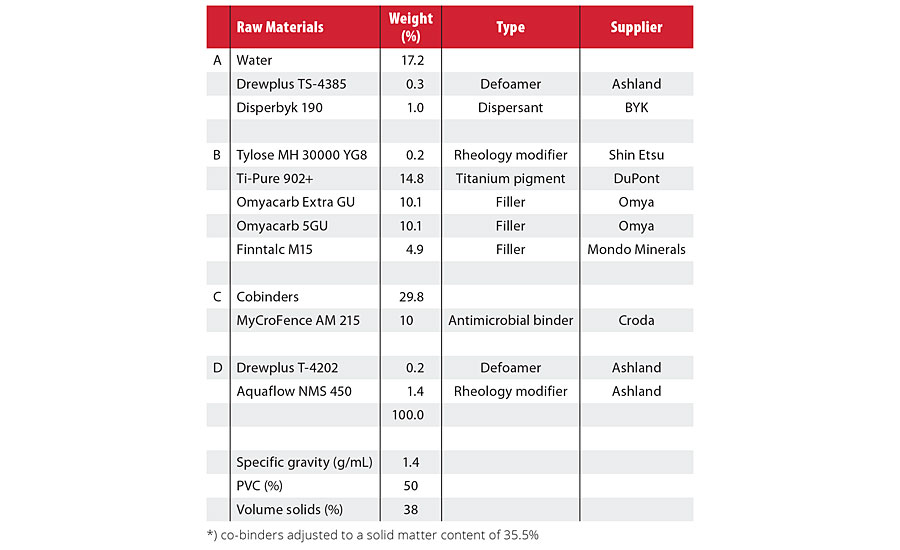 TABLE 1 » Antimicrobial performance of the paint. 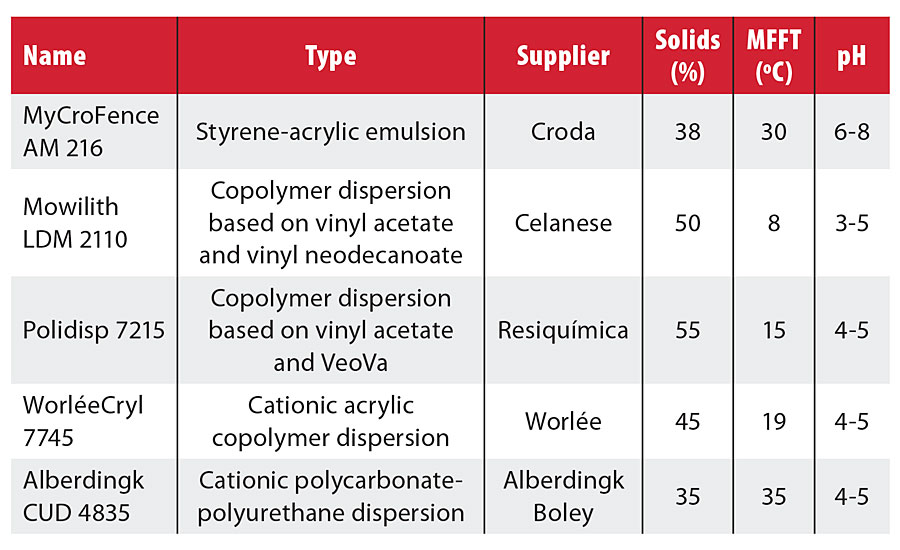 In terms of mechanical properties, the wall paints based on blends with MyCroFence AM 215 showed excellent performances for wet scrub resistance and fell in the best class according to classification standard EN 3300, as given in Figure 3. 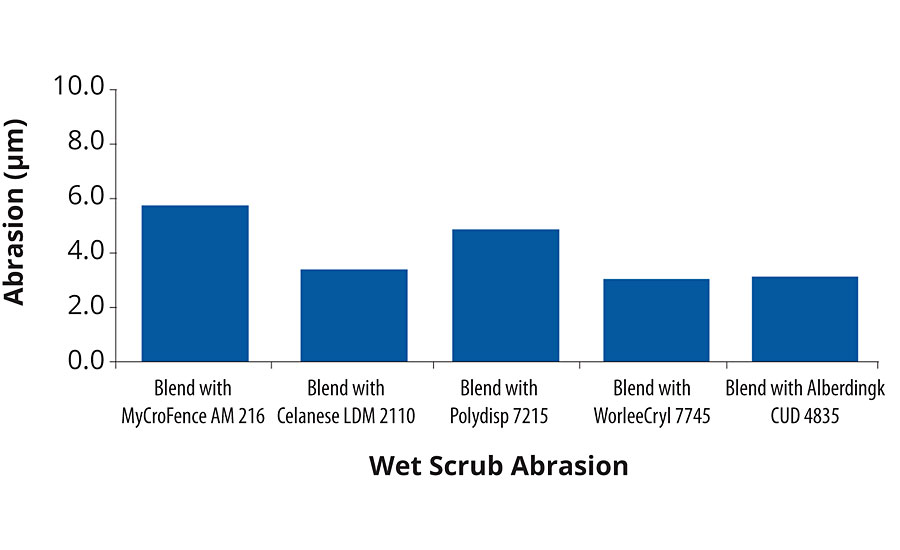 The wet scrub resistance was measured according to the test standard ISO 119800. A 200 µm wet film was applied on a black Leneta panel and dried for 28 days at 23 °C and 50% RH. On the dried film, 200 scrubs were applied with a wetted Scotch Brite sponge. The abrasion of the film thickness is was measured.

The antimicrobial properties of the paints based on MyCroFence AM215 with different cobinders have been compared with wall paints formulated without MyCroFence and with reference wall paint with zinc pyrithione and OIT biocide.

The antimicrobial efficiency was tested according to the JIS Z2801. The dried film was inoculated with a freshly made suspension of the testing organism and left incubating for 24 hrs at 35 °C. Surviving microorganisms were counted to evaluate the antimicrobial activity of the test material. The paints were tested both initially, after normal drying and after six washing cycles according to EN 16105.

The wall paints formulated with 10% MyCroFence AM 215 showed an outstanding antimicrobial efficiency initially and after six cycles of washing against the fungi and both bacteria. The reference wall paint formulation based on traditional active-release biocides IPBC and OIT dramatically lost its antimicrobial effectiveness against both bacteria and reduced activity against fungi after six cycles of washing, as shown in Table 3. 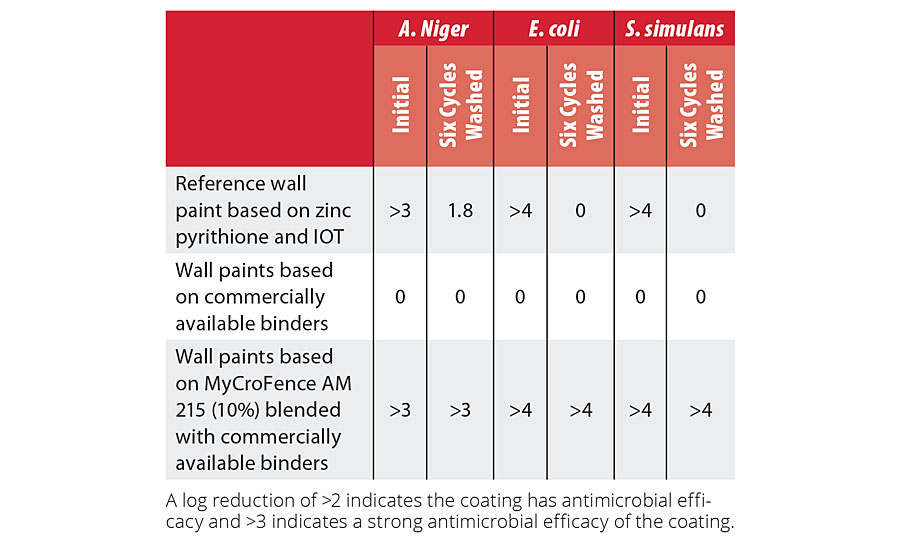 TABLE 3 » Antimicrobial performance of the paint.

The efficacy of the wall paints against A.niger was furthermore tested according the EN 15457. The wall paints were applied to the filter paper discs, placed on an agar plate, inoculated with a freshly made fungal suspension and left incubating at 24 °C. Pictures were taken after seven days exposure.

Wall paint formulations based on MyCroFence AM 215 and blended with WorléeCryl 7745 (Worlée) and cobinder MyCroFence AM 216 have been compared with two reference wall paints with IPBC and OIT and zinc pyrithione biocides.

The efficacy of the wall paints against A.niger was furthermore tested according the EN 15457. The wall paints were applied to the filter paper discs, placed on an agar plate, inoculated with a freshly made fungal suspension and left incubating at 24 °C. Pictures were taken after seven days exposure at room temperature.

The wall paints formulated with MyCroFence technology showed excellent film protection against the fungi A.niger. The reference wall paints based on OIT and IPBC showed a strong zone inhibition due to the release of the active substance IPBC in the agar plate. The paint based on zinc pyrithione showed insufficient protection after 14 days exposure, as shown in Figure 4. 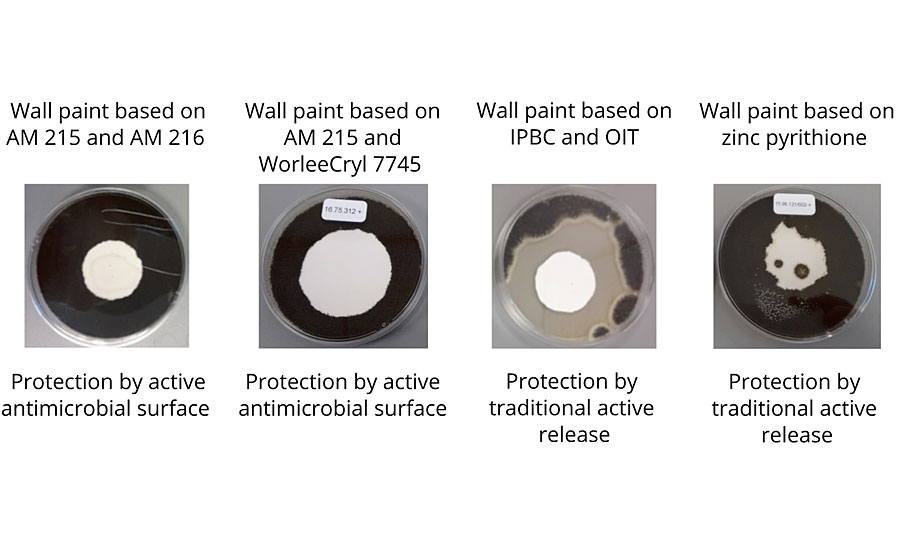 FIGURE 4 » Pictures of the efficacy test.

MyCroFence provides a safe mechanism for generating an antimicrobial active surface for coatings with unique, long-lasting antimicrobial protection against a wide spectrum of microbes with no risk of microbial resistance. These benefits allow formulators to move away from the existing toxic active release biocides and to formulate a hazard-symbol-free paint formulation for use in exterior and interior coating applications. The product meets the stringent demands from the new European Biocide Product legislation and offers the opportunity to move towards more environmentally acceptable products that are safer to human health.